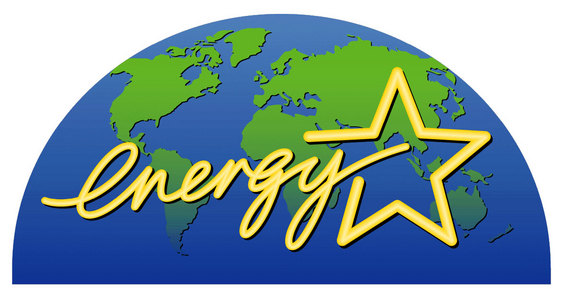 Appliances and Energy Star used to be a great marriage.

I may get some flack for this but it’s ok, I have big shoulders and can handle it.

Back in 1992 the federal dumber-mint implemented Energy Star Ratings and it’s been killing appliances ever since. I’m not saying that energy conservation is a bad thing but like most things the government get involved with it’s reached a point of diminishing returns.

Energy wasn’t really a big concern to many people prior to the 90’s but in the 90’s I was selling appliances so I somewhat remember it. They had these big yellow stickers that were stuck to all the washer, dryers, dishwashers, refrigerators, window a/c’s. . . just about everything. I remember when the original Maytag Neptunes came out that a selling point for them was that they would pay for themselves (compared to a conventional washer) in only 10 years! Only 10 years! They were nice machines and I can’t think of a better front load that was ever made. Some of these are still running including the ones in my house today. Energy came to the forefront and was shoved in our faces, just something I had never thought about before quite honestly.

In the beginning, companies competed to make the best and most energy efficient appliances out there. At the time there was Amana, Maytag, Whirlpool, GE, and Frigidaire as the main companies making them. Most here in the US by Billy. (Jackson, TN had a big plant that was eventually closed with the sale of Maytag to Whirlpool). So they had competition to deal with. They made quality appliances that were making huge strides in energy conservation just to stay in line with the rest of the pack but I still believe they put an emphasis on quality at the time.

Time passed, times changed, appliances changed, Amana sold to Maytag, Maytag sold to Whirlpool and left the big 3. Whirlpool, GE, Frigidaire. There were others out there but none as near as big as the big 3. Fisher Paykel was one of the others but didn’t have much market share. They would eventually be bought as well. LG and Samusung and their advanced electronics entered the market.

Earlier on it was easier. Compressors and motors were bigger and stronger and almost always oversized for their application. Fan motors were big hunks of copper. Pumps were belt, coupler or shaft driven from those oversized motors. For the longest time I had a dime that was stuck in  a maytag dependable care pump that had mushroomed on the edges from turing around and around in the pump for who knows how many years.  That dime would have destroyed a newer pump in about 5 minutes. Dishwashers would get hot, really hot. All this was done in the name of performance and longevity. It worked very well as an appliance. The old dependable care washers would wash a Volkswagen if you could fit it in there and not be bothered by it in the least. Those days are long gone.

In the beginning it was easy. Smaller motors, better insulation, then on to brushless dc motors – variable speed motors, less refrigerant, tdr valves, independent cooling.. basically using technological advances to combat energy use. It worked but lessened the quality of the appliance you were buying. With technology comes a price, and good components cost money. Companies went to the cheapest components they could find that would do the job. Time passes, things got smaller and we’ve finally come to a point where we’ve reached a point of diminishing returns or as I call it CRAP.

Here’s me knocking the government again

Like everything else the government gets involved with it’s come to the point where it doesn’t make any sense, and makes even worse appliances. We have to remember the first law of thermodynamics: Energy can neither be created nor destroyed. In the appliance world that means heat, mainly heating water.

Energy has to be used to create heat, there is no other way. Heaters use the bulk of the energy used to run most appliances so that’s where the biggest cuts come from now because there’s nothing left to cut.

This is yet to be seen. Refrigerators are going back to flex tray icemakers to remove the heaters. That’s how desperate they’ve become. Flex trays went out way back when because they had too many problems and quality was the focus. Now it’s energy conservation, even if it doesn’t make sense.

Commercial equipment manufacturers have known this for years and I was even told by one manufacturer that they “won’t work out of the factory. . . .We have to have a tech install them and update the control board to make them work properly”. They do this by upping the fill volume.

How do they keep complying?

The focus has turned to water conservation and heaters. Because of the way a water molecule is made, it takes more energy than anything else on the planet to heat and also to cool. The little hydrogen molecules can move all over the place and have to be excited to make them hot, being there is only 2 of them they have a very wide range of motion. So back to the energy can neither be created nor destroyed it is transferred to the water molecules and that takes energy. Use less water, drop the temps and save energy right? Well yes, but at the same time you reduce the effectiveness of the machine you are designing to meet energy star standards. There are no “This thing works right” standards.

To sum it all up, Energy Star had it’s place and time and it’s time has come to be subjected to some either real revamping or it’s time to end. Our appliances are suffering to the point that they can no longer work and will only continue to get worse. Appliances need electricity to do their job like we need food to eat. If every 2 years you had to reduce your food consumption by 20% to make yourself a “sustainable” person you would suffer as well. The first couple years may be ok, but as you get further along into it you start to realize that there’s a minimum that you can use to sustain yourself. It’s the same with appliances. They need power to work, and to keep starving things for power doesn’t make sense once you get to a certain point and I believe we hit that point a few years ago.