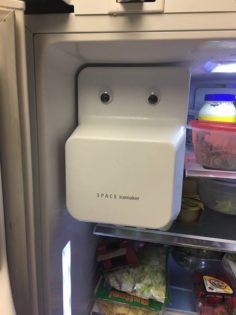 Are appliances spying on you ???

Are your appliances spying on you? The short answer is yes.

And it’s going to get worse.

Samsung and Vizio TV’s have both been mentioned in the news in the last couple years because people found out that their televisions have been monitoring and listening for keywords. The big question is what do they do with all of the information they are collecting? I really don’t know, I’m just the repair man. I’m not sure that anyone does other than the manufacturer themselves and I’d bet they’re not going to tell on themselves. I’m sure you could find the answer if you look through many pages of court documents. That is if they even went to court. Vizio just settled a class action suite because of their spying TV’s.

Apple’s user agreement that enables you to transmit speech to text requires your contacts, and just about anything else, to be sent to Apple. It’s probably the same with Samsung and google, but I have an iPhone so that’s the only one I know about. Also, Facebook will sell your information to anyone who will buy it. The point being is that everyone is spying on us now a days.

Your appliances are and will be spying on you more in the future.

As always, the appliance manufacturers are a couple years behind in the technology department, but they too have taken a really suspicious liking to gathering information. “America’s brand” started last year with their washers, dryers, ovens, and a Korean manufacturer is about to go full 1984 on us. Taking appliance spying to a whole new level.

From what it sounds like from the Vault 7 release the CIA can activate any device with a microphone as long as it’s connected to the internet. What’s the new snake oil in appliances? WIFI enabled. Whirlpool started with washer and dryers and Samsung will make every appliance they manufacture a WIFI enabled device with repeating capabilities. I’m sure the others will follow in their footsteps or have already started to, maybe they just hadn’t mentioned it to anyone yet.

It sounds great that they are going to make appliances that will boost your WIFI signal, right? Well keep in mind that they’ll also have eyes and ears on everything that you do while connected through it, so all of your internet traffic could in theory be able to be sent back to Samsung. They could use it to see what you might want to buy next or they could sell the information to Amazon so Amazon can target ads to you, Travelocity if you’ve been googling vacations, anything really. It could also be sold to your insurance company because you order too many pizzas from Dominos. Because it’s being sent to them means they have it, and it’s subject to hacking, court orders, or any federal government official. Imagine the day that you make a phone call and then get into an accident. In theory an insurance company could subpoena your refrigerator to see if there was more beer in it earlier that day then when you left the house.

With Wikileaks releasing Vault 7 they showed that TV’s can be turned on to spy on you even when they appeared to be off. Also, microphones can be turned on to listen into conversations. I’m sure the same capability exists with webcams or any camera hooked up to the internet for that matter. Apparently even cars can be hacked by the CIA, but the only thing I can think they could do electronically is control the throttle in the electronic throttles and maybe lock the steering wheel or shut them down completely… who knows. This is the CIA we’re talking about.

Not too long ago there was a group that hijacked a programmable home thermostat with ransomware. What it did was lock users out and demanded a payment to unlock it. Could that be done with cars, appliances, TV’s?? In my mind yes, they will always be hackers out there doing what they do. Chances are slim that they could get much from your internet connected appliances, but it’s there. New refrigerators are being sold with cameras inside of them, so they might be able to look at some salads you had 3 days ago or shut the refrigerator down and demand a payment to turn it back on. Who knows at this point?

“The Internet Of Things”