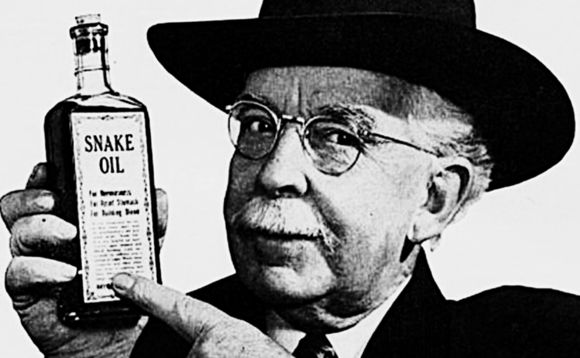 [A Note to my Brethren in the Craft: This article is released into the Public Domain. You are encouraged to copy it, modify it as you wish, post it on your website and social networks, with or without attribution, your choice. The objective is to raise consumer awareness about the rampant problem of moral and technical deficiency plaguing our trade today. We need to expose these hacks and parts changing monkeys who are ripping people off, either knowingly or through willful ignorance, and giving us real technicians, who know how to troubleshoot and take pride in our work, a bad name. Together, we can clean up our trade and remove the tainted image it has in the public perception.]

A Consumer’s Guide to Recognizing Charlatans, Hacks, and Parts Changing Monkeys in the Appliance Repair Trade

Have you or someone you love been victimized by an appliance hack?

Have your appliances been defiled by a Parts Changing Monkey?

Do you feel clueless when trying to decide which appliance repair company to hire?

Do you feel helpless and vulnerable when trying to evaluate the accuracy (and truthfulness) of the guy standing in your home telling you what’s wrong with your refrigerator?

To protect your appliances, your precious time, and your wallet from incompetent repairmen, first you need to know a little bit about the trade.

The Problem with the Appliance Repair Trade Today

An epidemic of ignorance exists in the appliance repair trade today. In fact, there is a shortage of skilled labor in all of the skilled trades across all sectors of the US economy. For a variety of complicated reasons, all the subject of a separate interesting and scintillating article, the appliance repair trade in particular has been hit by a brain drain and a critical skill shortage. This has actually been building for the past 20 years but has become particularly acute in the last five or so years as appliances have become more computerized and more complicated to troubleshoot.

This situation leaves consumers especially vulnerable. Because, on the one hand, more complicated appliances makes it even more difficult for consumers to understand how the appliance works. On the other hand, it has accentuated a critical skill gap that already existed in the trade because many of the guys who were able to get by on the older, simpler appliances by simply guessing and changing parts find that it’s a much more expensive proposition to do that on these new, electronic appliances with their pricey control boards. And who ends up paying for their ignorance and guesswork? You got it: YOU the consumer.

In the trade, the remnant of us real technicians call these bad actors various names such as hacks and charlatans. But the most common one that you will hear among the Appliantological Illuminati is Parts Changing Monkey (PCM).

You are not alone! The manufacturers are also getting screwed big time by these PCMs. That’s because they have to hire these PCMs to do their warranty work. So, Monkey Boy goes out on the service call, guesses the wrong part, then has to order another part and come back at a later date to try his next guess. This costs the manufacturer money in extra parts and it costs you aggra-dollars– time and inconvenience in a delayed repair for something that should have been done in the first trip and in a timely manner.

If these PCMs are so gawd-awful, then why are the manufacturers even using them? The answer is: What other choice do they have? Yep, it’s slim pickins out in the appliance repair technician field today.

The other fact of life is that the manufacturers pay so little for warranty work that many of the sharp technicians choose not to do it and instead focus exclusively on the more profitable COD work. The end result is that getting a warranty technician is often (not always) a lot like getting a public defender; you’re usually getting a second or third rate guy.

By the way, these are the same guys that the manufacturer will refer you to if you call them to ask for their “authorized servicers.” You will still need to evaluate these guys yourself!

Who am I to be telling you what constitutes a charlatan, hack, and PCM? Well, if you’re really interested, you can read my bio. Over the last couple of decades I’ve been running my own service business and I’ve also interacted with thousands of consumers and techs, as well as many manufacturers, through my online appliance tech-help (Appliantology.org) and tech-training (MasterSamuraiTech.com) websites. I know what’s out there– the good, the bad, and the butt-ugly.

So, the burning question you’re asking yourself right now is, “How is the hapless consumer to recognize a Parts Changing Monkey when he’s telling me what he thinks is wrong with my appliance?”

Come with me now on a Journey of Total Appliance Enlightenment…

How to Recognize a Charlatan, Hack, or PCM in Your Home

1. If your “tech” walks in and sees you have a Samsung, LG, or Miele (or other higher-end brand) and immediately goes off on how these brands are junk and how you need to get yourself a Whirlpool, this is a surefire sign that the guy is a hack. A lot of parts-changers don’t like Samsung, LG, etc. because those brands have a lot of new, electronic parts and control boards in their appliances, which require technical skills such as reading the schematic diagrams and taking electrical measurements to accurately troubleshoot the problem.

Parts-changers don’t know how to read schematics and therefore don’t know how to make real diagnoses, and despite the availability of ways to learn that skill they refuse, out of laziness or pride, to learn real troubleshooting. Willful ignorance is rampant among appliance hacks. They like brands like Whirlpool because they are familiar with them and know how to change the right parts to fix common problems. If a “tech” comes into your home and acts like this, you’ll know what he really is.

2. The second indicator that a “tech” is really a PCM is when he is confronted with a warming refrigerator and says that it “needs more Freon” in the sealed system. This should rarely–if ever–be done to a fridge. The procedure to add refrigerant is time-consuming and expensive, and really not worth it compared to the cost of replacing the fridge. Furthermore, most of the causes of a warming refrigerator are in the defrost system, fans, or controls, not the sealed system.

3. The most infamous charlatans out there like to a play a certain game with their customers. After the problem has been “diagnosed”, they’ll replace a part. If that doesn’t fix the problem, the hacks just say “Oh, it must have been something else in addition to that”, and replace yet another part. They continue to charge you, the customer, for each part they replace. In other words, you are paying for them to guess at which parts will fix the problem until they finally get the right one.

There are very few instances where a trained and skilled technician would troubleshoot your appliance and justifiably not be able to tell that a second part was involved in the problem. And if he did miss that the first time around, a good and honest technician will own up to that oversight and not charge you as if there was nothing he could have done about it.

In particular, if a servicer wants to replace a control board, ask him what will happen if that doesn’t fix the problem. PCM’s are infamous for not being able to accurately diagnose a faulty board and will often guess at it. If they answer “you’ll still have to pay for it,” show him the door. A real technician who knows how to troubleshoot will be confident in his diagnosis, will be able to explain it to you, and will stand behind the repair.

If you’ve experienced any of these three behaviors from an appliance servicer, it’s time to try someone else! Look for a technician who invests in his training, including ongoing training over the years. Many of the best techs are active at Appliantology.org and/or get their training from reputable training institutions such as the Samurai Tech Academy!